What makes liposuction so effective? 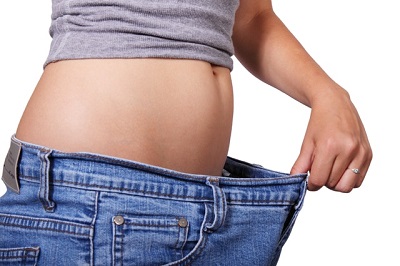 Liposuction began gaining momentum back in the eighties when the procedure first came to the public’s attention, and as with all technologies from 30 years ago, the liposuction procedure has significantly improved over the years.

Despite remaining an incredibly popular cosmetic operation, many people who seek liposuction are unaware of its history, the basics of what is involved with the procedure, and how and why it’s so effective.

The history of liposuction

The origins of liposuction lay in 1970’s France, where it was first developed by father and son Arpad and Giorgio Fischer, to remove unwanted excess body fat. The pair invented a blunt, hollow instrument called a cannula, and this tool allowed them to create tunnels through body fat, while sucking it out at the same time.

This original version of liposuction was dangerous, and many patients were left scarred for life by the method. It wasn’t until 1985, when Dr Jeffrey A. Klein, a Californian dermatologist, perfected the tumescent technique and revolutionised liposuction. From here, liposuction grew into the popular cosmetic surgery procedure that it is today.

How does liposuction work?

The idea behind liposuction is to safely reach the fatty deposits layered between the skin and muscle, which are called subcutaneous fat. This excess fat is literally sucked out of the body of the patient, leaving behind tiny tunnels which then collapse, resulting in improved body contours.

It’s important to remember that even though liposuction removes body fat, it doesn’t facilitate weight loss. A patient must be at optimum body weight as a precondition, while following a healthy diet and participating in regular exercise is undoubtedly the best way to maintain a figure you’re happy with.

Of course, as we age, many will find that body fat begins to store quicker and easier than we’d like, and it can prove very stubborn to remove from some parts of the body no matter what we do, and this is when liposuction may be the answer. It’s a procedure that can also complement other cosmetic procedures that can be performed on other parts of the body, such as an arm lift or silhouette lift.

For men, body fat tends to form around the stomach, chest, and around the neck and chin area. For women, it often gathers in the breasts, hips, waist and buttocks, although commonly treated areas also include the thighs, knees, calves, ankles and underneath the chin.

What is involved in the liposuction procedure?

Tumescent liposuction involves the use of a small stainless-steel tube, which as back in the 1970’s, is still called a cannula. It’s just a far more advanced instrument compared to the one first invented back then!

The cannula is inserted through tiny skin incisions called adits and connects to a special suction syringe or extremely powerful suction pump.

The fat is sucked out of the body, creating small tunnels through the fatty tissue. Once the instrument is removed, these tunnels collapse and pull the remaining fat in tighter to the body.

A huge difference in body shape can be achieved with the removal of even small amounts of excess fat, and because the fat cells that are removed with liposuction do not grow back, these will no longer be prime spots for weight gain in the future.

What risks are involved with liposuction?

As with all cosmetic surgery procedures, there are potential risks involved, however the risks involved with liposuction are minimal with the use of today’s tumescent liposuction. This is mostly due to the patient only being slightly sedated during operation, meaning the risks of general anaesthesia are avoided.

The cannulas that are used during the procedure are very small, so they allow for a gentler approach, with only a small amount of pressure required to penetrate through the subcutaneous fat.

This all amounts to a vastly reduced number of complications, such as approaching too close to the skin’s surface, or penetrating too deep. Furthermore, there are no stitches required following liposuction, so wounds heal easily by themselves and are virtually invisible after a few months.

If you’re interested in finding out more about the liposuction procedures available at Harley St Aesthetics, including my signature E-lipo technique, then don’t hesitate to get in touch today. You can contact me by calling 0845 519 7232, e-mailing info@harleystreetaesthetics.com or by filling out our online enquiry form.