Chin implants - how long do they last? 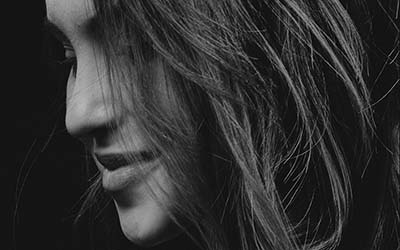 Chin implants are used to help people who feel their jaw size, shape, or projection aren’t as aesthetically pleasing as they would like. They are strategically inserted to improve the appearance of the lower face during a procedure known as chin augmentation, and this is a procedure that is often overlooked by media reports in favour of more widely known facial aesthetic surgeries such as the facelift. Despite this, chin implants have been gaining more and more interest over the years and the procedure is actually carried out far more often than you may have thought.
Furthermore, it is a cosmetic procedure that attracts interest from both males and females.

The procedure can also address other issues that patients might typically assume would require rhinoplasty (nose surgery) or a more complex procedure. It’s the perfect surgery to help improve the balance of the face or to enhance an individuals unique masculine or feminine facial features.

It should be highlighted that new developments that are now used by plastic surgeons have improved the results that can be achieved through chin augmentation quite significantly, with new shapes, textured surfaces and more bio-compatible implants now available that make the procedure a far cry from the conventional one-sized-fits-all approach from the past.

There are three different approaches to chin augmentation - the most common being with the use of dimethalpolysiloxane, which is a silicon compound and what gives reason to the term chin implants, although other materials may be used.

Other approaches may use your own bone, while another alternative is to use dermal fillers to shape a specific part of the face - in this case, the chin area.

So, how long does each chin augmentation approach last?

If a patient opts for chin augmentation surgery with the use of chin implants made of silicone, they should expect the procedure to last an entire lifetime. During the operation, the chin implant is permanently set into place and will not shift or change position. This means that should the patient request for the chin implant to be removed or adjusted at any point in the future, then another surgery will of course be required.

An implant-free version of the chin augmentation procedure involves a sliding genioplasty, which is a procedure that carefully repositions portions of the bone to change and improve the projection of the chin. These results will also last an entire lifetime and is often the preferred choice by those who are less comfortable with the idea and potential risks that involved with the insertion of an implant.

Of the three options, chin augmentation with dermal fillers is the least invasive procedure by far but this news also comes with the fact that results are impermanent, typically lasting around six to twelve months depending on the type of filler that is used. Dermal fillers are often used on patients who would like to get a better idea of how a permanent chin augmentation procedure could improve the appearance of they jaw for the rest of their life, or for those who want to temporarily benefit from the results but are not quite ready to undergo a surgical procedure.

Have you been considering facial implants? Perhaps you’re keen to discuss some of the other cosmetic surgeries that are available here at Harley Street Aesthetics? If so, do book yourself in for a consultation so that we can talk through your personal situation and find out which procedure could be right for you. You can get in touch by calling 0845 519 7232, e-mailing info@harleystreetaesthetics.com or by simply completing our online contact form.