Scheduled for plastic surgery? Say no to vaping e-cigarettes 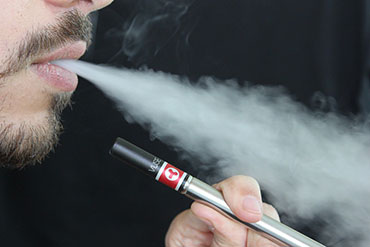 As a leading London-based plastic surgeon, I am often asked questions relating to the consumption of alcohol and the smoking of cigarettes before and after plastic surgery. I have already discussed why patients should avoid drinking alcohol before and after surgery, and I feel it goes without saying that smoking cigarettes before or immediately after cosmetic surgery should be avoided. However, I have recently been asked on more than one occasion about the use of e-cigarettes (vaping) before and after aesthetic surgery, and I always advise patients to treat them like cigarettes and alcohol and avoid vaping to ensure no complications arise during or after surgery.

Now, a new research study, backed by the American Society of Plastic Surgeons, has found that vaping may, like normal cigarettes, lead to an increased risk of cosmetic surgery complications. As a result, the researchers have issued an identical warning to users of e-cigarettes not to vape at least one month before any planned plastic surgery.

Why have researchers issued the warning about vaping?

It is well documented that smokers have an increased risk of complications following plastic surgery because, along with all the other dangerous chemicals, nicotine restricts blood flow throughout the body, which, in turn, leads to skin flaps failing to heal properly; a good perfusion of skin flaps is essential to quick healing and the reduction of scarring. In a 2012 analysis of 177 studies, it was found that smoking cigarettes impaired wound healing, decreased tissue oxygenation & aerobic metabolism, and diminished inflammatory response. What’s more, collagen synthesis and deposition were also found to be greatly reduced.

It is generally thought that e-cigarettes are much safer than traditional cigarettes, but, researchers have said that vaping could have similar effects on vasoconstriction, especially given the number of e-cigarettes which still contain traces of nicotine; the e-cigarettes on the market today typically deliver varying doses of nicotine, from as little as 1.8% to as high as 10%. What’s more, e-cigarettes may also contain other harmful substances which could cause complications with plastic surgery procedures.

The researchers said that, while e-cigarettes appear to be safer than traditional cigarettes, there isn’t enough concrete evidence available at the current time to determine whether the effects of e-cigarettes are safer or similar to normal cigarettes, and because no studies on the effects of vaping on cosmetic surgery have been published, they concluded that it was sensible to advise patients to refrain from vaping for the same period of time before plastic surgery as is currently recommended for traditional cigarettes. They continued to say that more research may come to light in the coming years that will affect their decision, but for now, it was safer to err on the side of caution, especially in a surgical setting.

Here at Harley St Aesthetics, I always advise my patients to refrain from smoking and drinking alcohol at least a month before and after surgery, and I also apply these guidelines to vaping e-cigarettes. At the end of the day, the health of my patients is the most important thing when performing plastic surgery and smoking, vaping or drinking alcohol could have serious consequences both during and after cosmetic surgery. If you’d like to find out more about the cosmetic procedures I offer at my London clinic on Harley Street, please get in touch today on 0845 519 7232, email info@harleystreetaesthetics.com or fill in our online enquiry form and we’ll get back to you as soon as possible.