How young is too young for Botox? 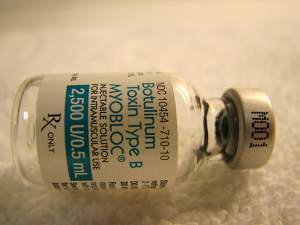 Last year, the Kylie Jenner lip challenge swept the Internet in reaction to the reality TV star refusing to admit that her plumper-looking lips were the result of dermal lip fillers. The 18 year old and her relatives are extremely well known in popular culture, as are their positive views on plastic surgery.

One of the most popular plastic surgery procedures across the globe is Botox injections, this is because of how effective they are at reducing wrinkles, the quickness of the procedure and the minimal side effects. In fact, it has become common for women, in particular those in their 20s, to undergo Botox on a regular basis as a preventative measure. That’s why today, I’ll be trying to answer the question: how young is too young for Botox?

Teenagers are turning to plastic surgery

In 2014, according to the American Society of Plastic Surgeons (ASPS), 100,000 boys and girls under the age of 18 underwent a cosmetic procedure. Plastic surgery procedures on young people aged between 13 and 19 accounted for almost 3% of procedures performed in America that year.

While there are circumstances in which plastic surgery can help young people, for example otoplasties and breast reductions can help teenagers who are bullied during their emotionally vulnerable years, it should be noted that there is a difference between people who want and need plastic surgery. People who need plastic surgery have the maturity to understand the reason they are having the procedure (for the bullying reason above, for example), and are happy to engage in a dialogue with their parents and surgeon about the procedure.

The other side, those who want plastic surgery are often influenced by older friends and siblings into feeling inadequate about their looks. With all the media attention that Kim Kardashian receives about her looks, it is unsurprising that Kylie would want to enhance her appearance. In situations like this, it is often a sense of inadequacy that drives people to have a cosmetic procedure.

Why are young people having Botox?

It seems like the biggest reason people are getting Botox in their 20s is as a preventative measure. Despite there being no conclusive evidence that Botox can actually prevent the appearance of wrinkles, it is commonly agreed within the industry that this is accurate. Young people are more likely to get preventative Botox if they have a tendency to frown or use dramatic facial expressions, all of which can lead to the formation of wrinkles and crow’s feet.

According to a recent Superdrug survey, women become concerned about the effects of ageing from about the age of 29, with the most common worries being wrinkles and crow’s feet. In fact, some plastic surgeons have recorded a 56% year-on-year increase in enquiries about Botox treatments from 18 to 25 year olds.

When should you start having Botox?

If you have decided that Botox is the cosmetic procedure for you, and you understand the reason for having it, it is up to your surgeon to decide with you if Botox is the best course of action. Realistically, it’s fairly rare that anyone under the age of 25 would need Botox, and the procedure delivers the best results once clear wrinkles have already formed and are showing.

However, that’s not to say that Botox can’t be prescribed to people of all ages. The injectable has been commonly reported to help manage a host of ailments including overactive sweat glands (hyperhidrosis) and headaches, along with its cosmetic application, so there’s no real minimum age you need to be to have Botox, it’s just that the use of Botox will have to be assessed and determined on a case-to-case basis by a qualified cosmetic surgeon such as myself.

If you are interested in Botox procedures, contact Harley Street Aesthetics today to request a consultation, or you can find out more about the procedure.