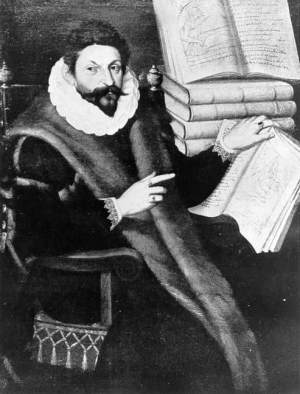 A couple of years ago, I wrote about the origins of plastic surgery where I discussed some of the innovative people who made modern cosmetic procedures possible. Today, I wanted to focus on one individual in general, Gaspare Tagliacozzi who is often cited as one of, if not, the first plastic surgeon!

Tagliacozzi was born in Bolgna, Italy in 1545 and remained there until his death in November, 1599 aged 54. Though he may not have travelled much, Tagliacozzi single-handedly revolutionised what is today referred to as a rhinoplasty procedure.

Tagliacozzi began his studies at the University of Bologna in 1565 when he was 20 years old. There, he was taught medicine by Geolamo Cardano, who is best known for his contributions to the world of algebra. Tagliacozzi’s studies also involved natural sciences by Ulisse Aldrovandi and anatomy by Julius Caesar Aranzi. He received his degree in philosophy and medicine at 24, four years after he enrolled.

That’s not to say Tagliacozzi was finished with the University of Bologna after he received his degree, instead he became a professor of surgery. He would later become a professor of anatomy, perhaps unsurprisingly considering his achievements, a position he held until 1595.

The building in which he taught, the Archginnasia of Bologna (part of the main building of the University of Bologna) was destroyed during World War 2, but has since been rebuilt and now features a statue of Tagliacozzi as a permanent reminder of the man himself and his ground-breaking work.

While studying for his degree, Tagliacozzi became close with a cheerily named group of people called the Brotherhood of Death. The Brotherhood would visit prisons and give comfort to those condemned to die. It was through this friendship that Tagliacozzi received the corpses of executed prisoners to practice dissection. 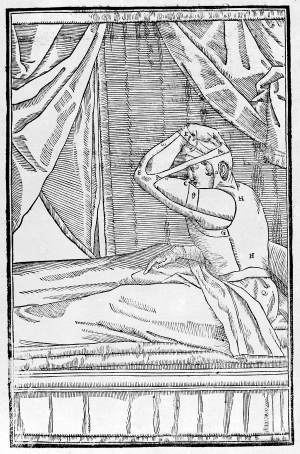 Gaspare Tagliacozzi is famous for developing what is now known as the Italian Method of nasal reconstruction, but this is not a concept he came up on his own, rather, he made alterations to the method most commonly used in Italy at the period: The Indian Method.

The Indian Method was made popular in Italy by father and son surgeons Gustavo and Antonio Branca who lived in Catania in the 1400s. The method involved cutting a triangle-shaped piece of skin from either the cheek, forehead or arm, and attaching it to the area where the nose would usually be. Though this procedure worked effectively, it would often leave the patient with a scarred area of skin where the flesh was removed.

The Indian Method is called such because it is a procedure taken from Sushruta Samhita, which was written in the 6th century and translated in the 8th; it is believed that the Brancas read this text.

Tagliacozzi improved on this method with what is now referred to as the Italian Method. Tagliacozzi’s process involved carefully slicing a flap of skin from the patient’s bicep area, without completely removing it so the cells would not decay. This flap would then be held and attached to the patient’s nose area, where it was grafted onto the face. The patient would then have to remain in this position for several weeks until the skin from the arm fully attached to the face. The skin was then detached and reshaped to resemble a nose.

This procedure was extremely uncomfortable and impractical, immobilising the patient for a significant period of time. However, for the time, it was extremely effective!

Despite the popularity of this procedure, its practice died with Tagliacozzi. It wasn’t seen again until the late 1800s, when renowned German plastic surgeon Karl Ferdinand von Graefe performed the procedure once more.

Before his death, Tagliacozzi published a book entitled: De Curtorum Chirurgia per Insitionem, which translates to On the Surgery of Mutilation by Grafting. The book not only discussed Tagliacozzi’s procedures, but also the procedures that were in practice before him. It was in this book that Tagliacozzi wrote the phrase that would be adopted as a philosophy by plastic surgeons across the world:

“We restore, rebuild, and make whole those parts which nature hath given, but which fortune has taken away. Not so much that it may delight the eye, but that it might buoy up the spirit, and help the mind of the afflicted.”

Luckily, since Tagliacozzi’s time cosmetic procedures have come a long way, and nose jobs no longer require you to sit with your arm attached to your nose for weeks on end. If you’re seeking a plastic surgery procedure, make sure you choose a surgeon you can trust that is also regulated by BAAPS and the General Medical Council. Harley Street Aesthetics offers a range of standard and signature procedures, and as one the top plastic surgeons in London, I always hold a personal consultation with each of my potential patients before I agree to any aesthetic surgery. For more information contact us today.