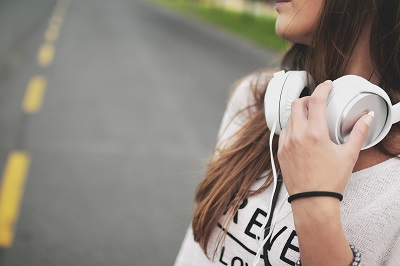 If you’re an avid reader of my blog, you’ll know that while I love my job and helping transform people’s lives through ethical cosmetic surgery, I am fiercely opposed to many of the cosmetic surgery trends that pop up every 6-12 months. That’s why I am deeply concerned by news coming out of the USA that many young teenagers under the age of 18 are approaching cosmetic surgeons about breast augmentations, rhinoplasties and otoplasties in the summer before returning to school in the autumn.

According to plastic surgeons in the US, they have seen an increased number of teenagers demanding ‘back-to-school’ cosmetic surgery before the new school term starts, with most teenagers saying their request for surgery was down to bullying and influence from social media and celebrities. I’m a believer in embracing your own natural beauty, so to hear that teenagers are still trying to change their bodies to reflect social media’s warped view of perfection is deeply concerning.

The surgeons in the US have said that some of the young people coming to their offices have genuine reasons for wanting surgery, for example to fix any breathing problems or to reduce the size of extremely large breasts which can cause back problems, but most are looking for surgery for the other reasons mentioned above.

Data from the American Society of Plastic Surgeons (ASPS) shows that 66,347 cosmetic procedures were performed on teenagers aged between 13 and 19 in 2016, with 163,204 minimally-invasive plastic surgery procedures performed in the same period. These figures represent a 3% and 1% increase on the figures in 2015 respectively.

According to the ASPS, the most requested cosmetic procedures were breast augmentations and rhinoplasties, while laser hair removal and laser skin resurfacing were the most common minimally-invasive procedures requested.

Surgeons in the US believe that the current trend of teenagers seeking plastic surgery to overcome bullying or to look like their favourite celebrity isn’t going to go away any time soon due to the global influence of social media. They added that it’s mainly young millennial girls in particular who are seeking ‘back-to-school’ cosmetic surgery procedures, fuelled by a desire to imitate their celebrity icons.

As a board-certified plastic surgeon with a reputation for ethical cosmetic surgery, I always refuse to perform plastic surgery on a young teenager unless it’s medically necessary. Young teenagers are not mentally or physically able to make a decision about plastic surgery, and their bodies have also not fully developed yet, which means plastic surgery procedures could result in complications in early adulthood, resulting in further surgery.

When a young person approaches me about cosmetic surgery, I always say that while the surgery may improve certain aspects, surgery won’t make them more popular. I also occasionally come across teenagers who are after surgery because their parents want them to, which is a giant red flag. Having a cosmetic surgery procedure is a deeply personal decision, and no-one else should influence anyone into having surgery, and I always remind my patients about this during their initial consultation.

I hope that this dangerous ‘back-to-school’ cosmetic surgery trend will, like many others, fade with time, and I remind young people that they are beautiful just the way they are. Their bodies are still changing, so issues they don’t like may resolve themselves over time. Seeking plastic surgery is an extreme solution, and any respectable plastic surgeon will refuse to perform any surgery on a young person who is obviously unable to mentally and physically make an informed decision.

If you’re interested in plastic surgery, or would like more information about the surgeries I perform, please do get in touch with me at Harley St Aesthetics on 0845 519 7232, email: info@harleystreetaesthetics.com, or fill out our online enquiry form.