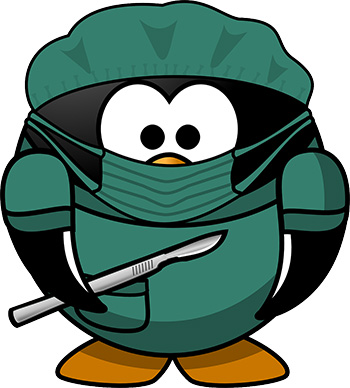 Before I perform any cosmetic surgery on a patient, I like to get to know them and learn more about exactly why they are considering plastic surgery. For many patients, the reason for their decision will most likely be to improve the way they look (and possibly their self-confidence at the same time) or because of an underlying medical reason, however, for some patients the decision can be made for reasons that I feel do not justify aesthetic surgery - including anything from going under the knife to please a partner or friend, to having surgery to improve a Facebook profile picture!

It always saddens me to hear about people who are having plastic surgery to improve their appearance online, or because someone has forced them into it. Recently, I've been hearing a lot about a new trend of 'quick-fix' cosmetic surgery where people, both young and old, are undergoing cosmetic surgery as a way of improving their chances of finding or keeping a job.

While the global recession seriously affected the European and North American economies, the Australian economy escaped relatively unscathed. However, figures have shown that Australian unemployment is rising and that jobseekers over 50 are struggling to find work as quickly as their younger counterparts. In 2010, figures showed that 46% of over 55s were out of work for at least 6 months compared to 32% for under 55s. Many plastic surgeons in Australia have cited these statistics as the reason why over 55s are turning to aesthetic procedures such as Botox and facelifts as a way of staying competitive in the job market. A good example of this is that of Bettina Clifford, a freelance skin technician, who said that she underwent her first Botox procedure in her 40s due to the pressure she faced in her line of work. She also admitted that while the procedures were initially designed to boost her confidence, she also wanted a competitive edge over her younger rivals and has since undergone a variety of cosmetic surgeries to ensure that she continues to look 'fresh'.

Research compiled by the American Society of Plastic Surgeons (ASPS) also revealed that this trend of 'quick-fix' cosmetic surgery for job interviews is fairly common in the USA. Over 15.1 million aesthetic procedures were carried out in 2013, and 3.8 million of these (26%) were performed on people aged 55 and over. Experts said that procedures such as Botox, facelifts and eyelifts are popular with older people looking to remain competitive in the US job market.

It's not just older people who are having plastic surgery to improve their chances in the job market. Graduates in China are also having cosmetic surgery, not to compete with younger people but to secure their first job. In China, there are currently 7 times as many people graduating from university than there were 15 years ago, but it is estimated that around 30% of these graduates are still unemployed 6 months later. This has led to many Chinese graduates having cosmetic procedures such as facelifts, nose jobs and eyelifts (which gives them a popular Western double-fold lid look), in order to try and stand out in the oversaturated graduate job market.

Cosmetic surgery is not a 'quick-fix' for career success

These examples of 'quick-fix' cosmetic surgeries are extremely worrying. No one should need to undergo aesthetic surgery solely to get ahead in the job market; hard work, dedication and skill should be the main factors, not physical appearance. There is no guarantee that any surgical or cosmetic treatment will actually improve the likelihood of someone getting, or remaining in, a job and I would not perform plastic surgery on anyone who is only looking to improve their job prospects as it goes against both my ethics and what I believe cosmetic surgery should be used for.

If, however, you're considering plastic surgery as a way of improving your self-confidence or due to medical reasons, please get in touch with Harley St Aesthetics today. At your initial consultation, I'll explain all the choices and procedures available to you and recommend the best course of action that has your health and wellbeing firmly at the forefront of my decision.