Facelifts and necklifts: fear not we're not in Behind the Candelabra 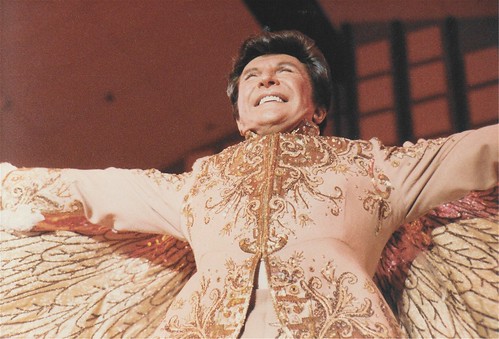 If you know American TV channel HBO, you know that nothing they produce can leave you unmoved. You may hate it or love it but I guess as long as you have an emotional response HBO is happy. Last week HBO's latest movie, Behind the Candelabra, premiered in Cannes and got impressive reviews. This biopic of American concert pianist and showman Liberace was directed by Steven Soderbergh and boasts an impressive cast with Michael Douglas and Matt Damon as leads, but the character I’d like to talk about today is played by Rob Lowe.

The scariest facelift on TV?

Rob Lowe plays infamous plastic surgeon Dr Startz, who specialised in facial cosmetic surgery. He is sadly famous for being a celebrity cosmetic surgeon who injected large quantities of liquid silicone into his patients’ faces, among other things. What the unfortunate plastic surgeon and his even more unfortunate patients didn’t know at the time, because the procedure was so new and innovative, is that silicone ends up staying in your face and, if used in excess for long periods,  distorts your features. But what is shocking in Behind the Candelabra is not so much Dr Startz’s patients as himself, and the scary surgeon looks like he got some plastic surgery himself, and not in a good way. Rob Lowe looks really scary with his weird facial expression and his raised eyebrows.

Some facelift and necklift history

Facelifts have actually existed for about 100 years now, but only nowadays can you have really good facelifts that are lasting (well, until gravity takes over again), performed by competent plastic surgeons who have years of experience and have learned from others’ mistakes. Unfortunately plastic surgery is just like other surgery, doctors have had to try procedures in the past to end up with the impressive results we now get, and we all acquire knowledge through time and through others’ actions and findings.

Before the 1970s having a facelift would have just meant pulling on the skin and cutting the loose bits off, which meant you looked quite stiff and tight. This was achieved by surgery or by taping your skin and pushing it behind just like for a facelift bungee. The 1970s saw the appearance of neck lifts; before that only the skin of the face was addressed and the neck wasn’t specifically worked on.

Coming back to Rob Lowe as Dr Startz, his facelift and necklift were achieved on TV by using tape and elastics to pull the skin back, and the wig was used to hide the elastics. In the movie you can also see Rob Lowe performing plastic surgery on realistic casts of Matt Damon and Michael Douglas, and unfortunately it was probably the way the late cosmetic surgeon would have done it. That’s scary too!

Plastic surgery is much better nowadays, as we have learnt so much from the past. Health and safety are more important than ever: we have regulatory boards like the Medicines and Healthcare products Regulatory Agency that protect both patients and plastic surgeons against unsafe and untested products, and boards like the American Society of Plastic Surgeons that sets high standards and only accepts qualified members, so patients can be reassured by the quality of care they will receive. Even if dishonest, selfish people sometimes manage to slip through the net like it happened with the PIP scandal, plastic surgery performed by qualified, competent plastic surgeons has never been safer or more efficient than today.

If you are thinking of having a facelift and a neck lift and do not want to end up looking like Dr Startz in Behind the candelabra (in theatres on 7th June), come and see me to discuss my Turn Back Time Facelift and just like my charming patient Amanda you won’t be disappointed with my TBT facelift!