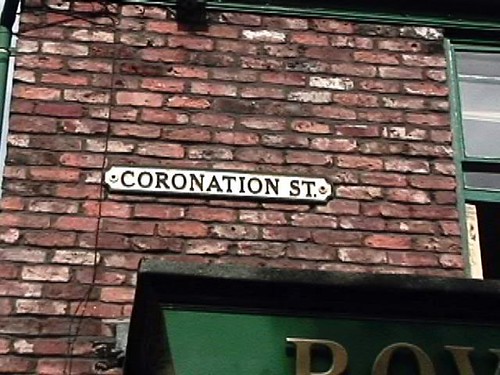 I don't really know why, but last week I noticed two articles on Coronation Street starlets and plastic surgery. Was it because the longest running soap of the country was voted Best British Soap at the British Soap Awards a few days ago? Probably. In general when a TV series or a movie are making the headlines you can be sure that the actors starring in them will be put in the spotlight too.

Michelle Keegan, who was awarded the “Sexiest Female Award” for the fifth year in a row and was recently voted the 4th sexiest woman in the world by FHM, revealed that she wouldn't say no to plastic surgery. The British beauty looks absolutely perfect the way she is so I wouldn't advise her to have plastic surgery. She told OK Magazine that she wasn't pretty when she was younger but that 4 painful years of braces had done wonders.

Does one of the sexiest women in the world need surgery?

Taken that way, I can understand the thought behind this statement: a little pain (plastic surgery in this case) is worth it in order to look better, just like 4 years with braces helped Michelle become the person she is now. However you should only have plastic surgery when you need it and when you are sure it’s the right thing for you. But if one of the sexiest women in the world starts having plastic surgery, what message does it send to all the other women who are not part of this “elite”? Most, or at least some, of the beautiful women making it to the top of the chart certainly have undergone plastic surgery, but as a professional plastic surgeon I couldn’t advise Miss Keegan to have any “work” done. Not yet anyway.

Funnily enough after my last blog on breast reduction, reading that the young Corrie actress sometimes feels embarrassed by her cleavage, named by The Sun “Cleavage of the Year”, made me think that breast reduction might be a cosmetic surgery operation she’d be interested in! However she looks great so unless she starts suffering from back pain, neck pain and other pains from having big breasts I wouldn't recommend it.

Another starlet who made the headlines recently is the lovely Samia Ghadie who confirmed having had breast surgery in order to gain the breast size she says she lost with the birth of her daughter. Her new C cups look great on her, and I suppose having to compete with Miss Keegan’s Cleavage of the Year probably played a role in this plastic surgery operation.

We’ve come a long way since one “Corrie” actress, Lynne Perrie, was fired in 1994 for having lip surgery without asking for permission, haven’t we?

As a qualified practitioner who’s been in the plastic surgery world for years now, I would always recommend that women, but also men, who wish to undergo plastic surgery do it for the right reasons. Trying to imitate someone is not the way to happiness. Giving the beauty in you a little help to come to the surface is the right way to go, as far as I’m concerned. Plastic surgery should be carried out only after having truly thought about it and weighed the pros and cons, and it certainly shouldn't be used to fix psychological issues because it won’t solve any deep-rooted problem. Cosmetic surgery well performed after serious reflection allows you to feel better about yourself and be happier, and that’s what we all want at the end of the day, isn't it?