Has Santa had plastic surgery? 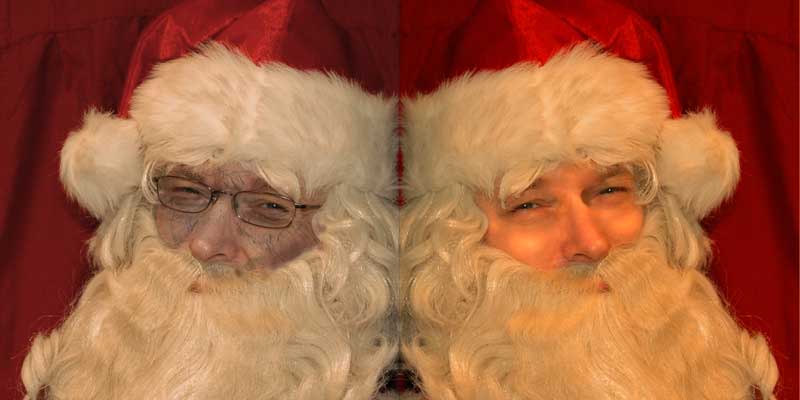 Many magazines and newspapers, not to mention blogs and websites, like to speculate on what plastic surgery different celebrities may or may not have had. It is of course important however to remember celebrities are people too, and entitled to make their own decisions without being judged. But when someone keeps their youthful looks as they grow older, it is natural that people will want to know what their secret is.

There is one particular celebrity who has kept his appearance the same for so many years it is nothing short of miraculous. But despite being world-famous, there has been remarkably little comment on the question: has Santa Claus had plastic surgery?

This jolly fellow has been giving presents to good children for hundreds of years, but his appearance has remained unchanged in that time. Some might say that this is simply down to Santa being a magical, immortal being. But it could simply be that Santa has an excellent plastic surgeon to keep him, if not looking young exactly, then gracefully retaining the same mature appearance year after year.

Most plastic surgeons will ask for you to be clean shaven before undergoing plastic surgery on the face. Although there have been no sightings of Father Christmas without his trademark white beard, he only normally makes public appearances in the month of December, so there is plenty of time for him to have surgery each year.

However, most pictures of Santa show a rather wrinkled appearance, especially around the eyes, and he would likely benefit from a facelift or necklift, such as my own Turn-Back-Time TBT Facelift, which restores a youthful look by returning sagging fat to its original position, with natural results. Eyelid surgery could also help Santa Claus to maintain that twinkle in his eyes.

Would liposuction be a viable option for reducing the size Santa’s ample belly? Probably not: liposuction is no substitute for healthy diet and exercise, and is best suited to reducing stubborn pockets of fat. The number of mince pies that Santa must consume over the course of his deliveries must be in the thousands, so a strict diet and plenty of exercise is likely to be the solution.

So if Santa is looking for a plastic surgeon to help improve the youthfulness of his appearance, we would be very glad to hear from him; I don’t know whether he would use our contact us form, or drop a message down the chimney!