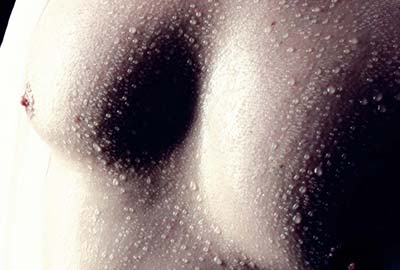 Towards the end of last year a US jury ordered a well known consumer healthcare company to pay $8 billion in punitive damages to a male who had developed enlarged breasts after taking antipsychotic drugs they had produced during his younger years. The condition of enlarged breasts in males is known as gynecomastia, and both curiosity and interest surrounding the condition soared last year following the mainstream exposure of the court case.

Gynecomastia is a condition that can affect males at any age, from babies through to grown adult men. Many people wrongly associate enlarged male breasts with weight issues and simply assume that the person is overweight, but gynecomastia involves an increase in breast tissue, not excess fat. That's not to say that excess fat has no part to play in male breast enlargement, but it's important to recognise that the condition itself actually involves breast tissue.

It's not uncommon for adolescent boys who are going through puberty to experience an increase in breast tissue. Studies have shown that up to 70% of boys develop some degree of breast enlargement during puberty when levels of estrogen can spike. For the majority, this increase in breast tissue tends to be temporary, and by the time the male reaches his 20s the chest formation usually appears more masculine.

The National Institutes of Health say that Gynecomastic can also be associated with aging, claiming around 65% of males aged between 27 and 92 develop the condition to varying degrees. When it comes to older men the causes of gynecomastia can be far more varied, with alcohol consumption, medical conditions or a hormonal imbalance often cited as the reason.

Furthermore, the condition is also often associated with the use of anabolic steroids used by athletes or bodybuilders.

Is gynecomastia a serious condition that I should be worried about?

Unless gynecomastia is caused by an underlying disease, the condition rarely causes medical problems. The problem that the condition causes for most males, especially among adolescents and young men, is the embarrassment and self-confidence issues that they may face due to their physical appearance. This often results in them avoiding social situations that involves them having to expose their upper body, such as pool parties, going for a swim at the leisure centre with friends, attending the beach or becoming intimate with a loved one. The feelings that gynecomastia sufferers experience often results in a lack of confidence that can also make them feel depressed about the condition and affect many other areas of their lives. It's not the easiest issue to bring up or discuss with other people, so this is another added stress that many young sufferers in particular have to deal with.

Is there a way to treat gynecomastia?

Fortunately, there are many treatments available for anyone who may feel self-conscious about about enlarged male breast tissue. The past few years has seen an increasing number of males become more comfortable with the idea of undergoing cosmetic surgery to help with their gynecomastia condition, and this is true of both men and boys of all ages.

The technique that is used during gynecomastia surgery depends on the condition of the patient - sometimes liposuction alone is the only procedure required if excess fat is the primary cause of enlarged breasts, but in most cases there will also be a need to remove excess tissue. In these cases, the procedure is likely to involve surgical excision along with liposuction. Your plastic surgeon may also remove excess skin and reshape the chest area to create a more masculine appearance, but this should all be clearly discussed and explained to you during one of your consultations.

Have you've been thinking about undergoing cosmetic surgery to help with your gynecomastia condition? If so, don't hesitate to contact Harley Street Aesthetics so that we can discuss your condition and go through the best options for you. Call 0845 519 7232, e-mail info@harleystreetaesthetics.com or complete the online contact form.